on the literary side 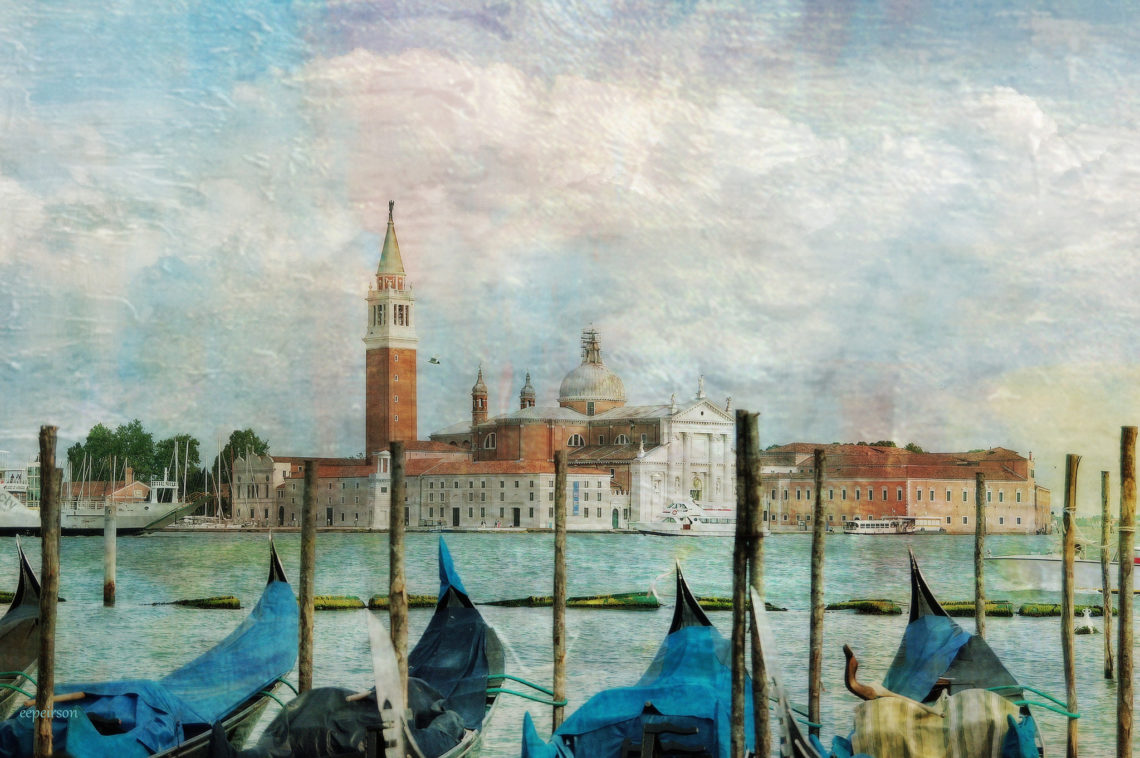 from ANTONIA OF VENICE:

The promenade buzzed with vibrant energy. Frock-coated and gowned quartets of opinion had joined others until the din was almost musical. The audience had spilled out from the Chiesa onto the promenade and almost into the Bacino after a sensational concert. No one was anxious to leave. Emotional comments here were offset by high criticisms there. “Spectacular!” “But did you miss the male voice? I mean, instruments are instruments; but a female voice?” “What did you think of the soloist? Was her voice not a little light?” “Ah, but she must be a lovely creature—very pure singing. It’s a shame she’ll end up in some convent. Definitely talented… with the violin, as well.” “This is Vivaldi at his best!” “Yes, and always with something new up his sleeve! Shall we be off to the Ridotto now?” The performance had indeed been spectacular. Even Doge Giovanni Corner had joined in with the cheers and applause. A Doge was usually more restrained. God’s representative did have to set standards.

The Maestro di Violino was once again forgiven his reluctance to embrace his priesthood. Stories of his decision against ordination were, as always following his successes, resurrected with as many embellishments as his solo voices and violins could offer in concert. The long-held belief was that he lived with a shameful secret only his music could assuage. Antonio knew their fascination and shrugged it off. His business was his business. And he’d had his reasons. He had had to be honest with himself. He could never have committed fully to priesthood. And—the priesthood would have shut down the life of his music.

Tonight he relished the audience’s response! The holy praise offered up by his “Gloria” had been followed by his newest secular work, “L’Estro Armonico”. The expert conductor could evoke deep responses from an audience in much the same way he could from musicians. It was all a matter of attention, genius and timing.

Tonight, as people straggled off to their gondolas or walked to the Piazza San Marco, he enjoyed leaving them in wonder—wonder over the lily-white solo soprano voice in the “Gloria” and wonder over the solo violin obbligato in the new work. The young girl, partially hidden in her black and white habit, would be his greatest star someday. Somehow, Antonia would come out of hiding and into the bright light of his world of music. Ah! If only she were male! Then he could take her to the dizzying heights of composition.

Enough! Her rare gifts and the fire of her beauty were enough. Antonio Vivaldi, amply satisfied with the success of the evening, was happy to see the last dignitary off into the sounds of the Bacino.The picture looks across the Venetian Bacino from Piazza San Marco to Santa Maria Maggiore…

the image looks across the Venetian Bacino

think on these things

C. S. Lewis said that God sees all of us, all of time, in the "unbounded now"...
Understand that death is the ultimate healing process. Understand that death is a birthing. All birthing processes require assistants.
ellyn
Those who 'shake off this mortal coil' do just that - unwind and stay here, available in unique ways...
The physical body, once the soul is gone, is a shell. There is no evidence of life anywhere. Most striking is the eyes. It is in the eyes that the soul hangs its "no longer at this address" sign...
I must return to domes and filigree where violins sing themselves into mosaics and plaster their notebodies against angelvaulted heavens
ellyn
If we get it—if we understand and live it—we complete the stories of those who have gone before, inhabit our own and build platforms for those who are coming along the rivers of our currently well-contained blood.
ellyn
The journey to union with the Beloved is a journey home to the center of ourselves. The human soul is so glorious that God chooses it as God’s dwelling place. The path to God, then, leads us on a journey of self-discovery. To know the self is to know God.
Mirabai Starr
When Jesus prayed, he was conscious that, in his prayer, he met the Presence, and this consciousness was far more important and significant than the answering of his prayer
Howard Thurman
it is the small stuff, the delicate and fragile, where creation lives and breathes
Glenn Peirson
You live within your soul. It simply cannot be contained within your body…
Sometimes in the grief process, we're afraid we'll forget the one who has died…
We’re not just afraid of death, we’re afraid to talk about it…
And what, Socrates, is the food of the soul? Surely, I said, knowledge is the food of the soul.
Plato
If cell-replication starts at 100s or 1000s of sites, massive power is contained within each of us… Embrace aging…it means you're getting closer to your destination…
If you had only one topic to explore and discuss for the rest of your life, what would it be?
Life is but a dream... Row, row, row your boat... gently down the stream...
The more we learn about the universe, the less we know…
And this was really the way that my whole road experience began, and the things that were to come are too fantastic not to tell...
Jack Kerouac, On the Road
The soul is the essence of who I am...
Enlightenment means disappearing...